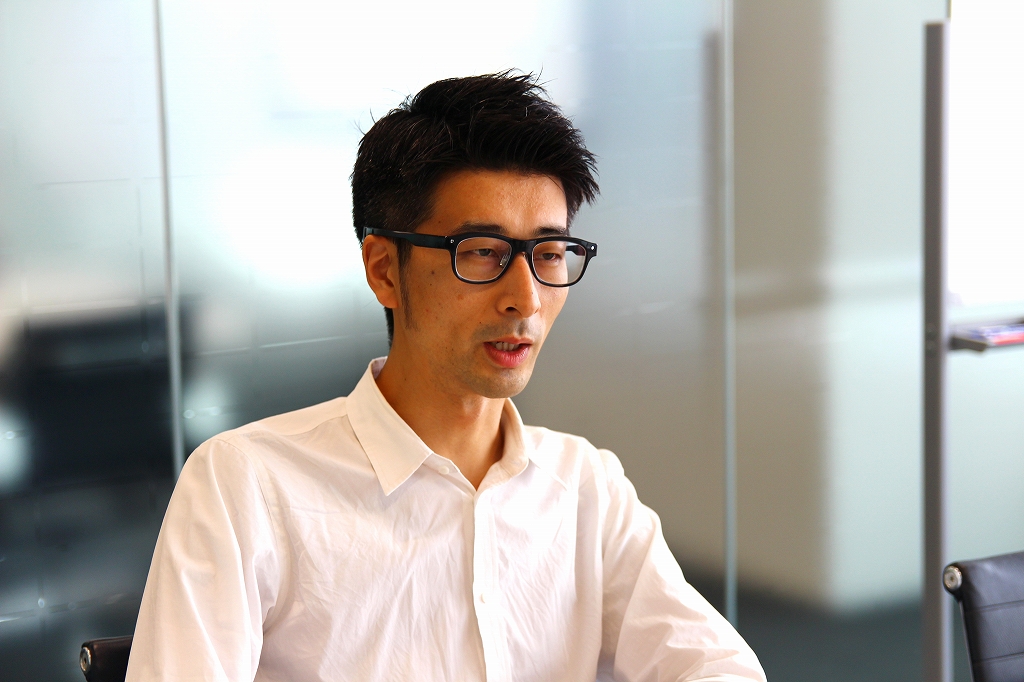 Have you ever encountered wearable device that perfectly fit in to your daily life? What if you can learn about the conditions of your mind and body by wearing glasses?

JINS MEME (retail price unannounced), a wearable devise will be released Fall 2015. It can tell you how tired you are, your mental condition and eye fatigue.

Unlike other wearable products, JINS MEME has no cameras and no projecting displays.

Smart glasses that were released by Google or EPSON show you the outside world, by connecting to Internet or presenting powerful images. In contrast, JINS MEME glasses uncover your inner world. 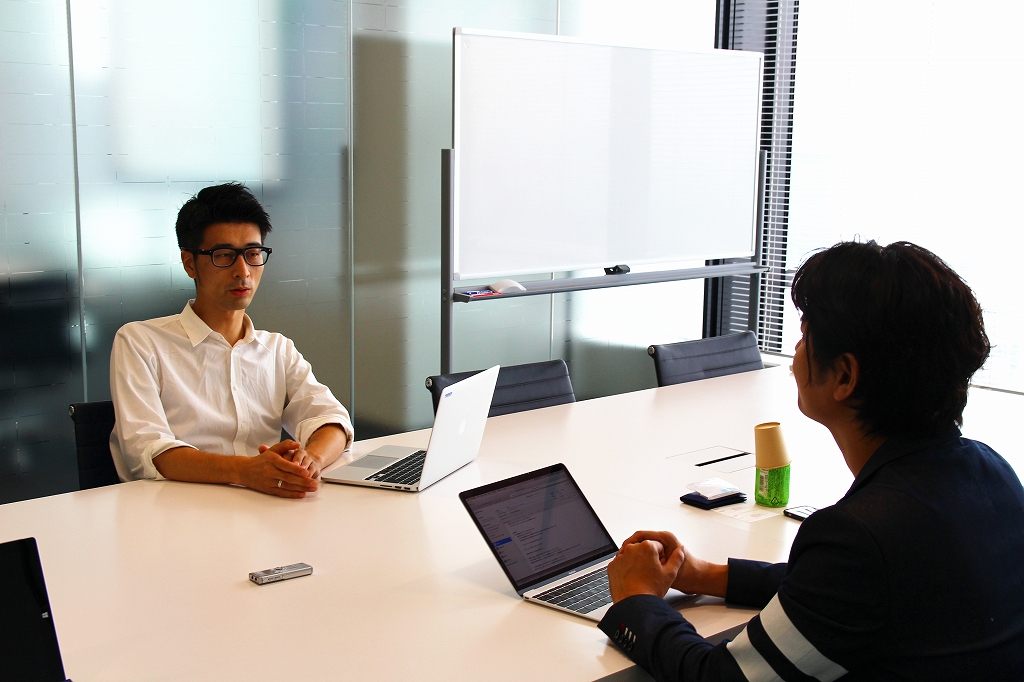 – What was the motivation to develop JINS MEME?

Our motivation for product development is to create glasses with additional functions that will serve people and make their life better in some ways. We have already released JINS PC, JINS Moisture, and JINS Allergy Cut in the past and they work not only as glasses but also something that support people’s lives.

CEO Tanaka of our company had an opportunity to have brain-storming time with Professor Kawashima, Tohoku University. At that time, they had a vague idea, “ Would it be nice if there were eye glasses that make us smart?” And that is how JINS MEME all started.

Meeting with Prof. Kawashima on regular basis, he introduced us to one of his old pupils, Associate Professor, Kanou, Shibaura Institute of Technology who said “It might be possible to capture eye movement with three electrode sensors.” Then, we thought we could install three electrode sensors on a nosepiece or on a part that bridges lenses and they will still look like regular prescription glasses. 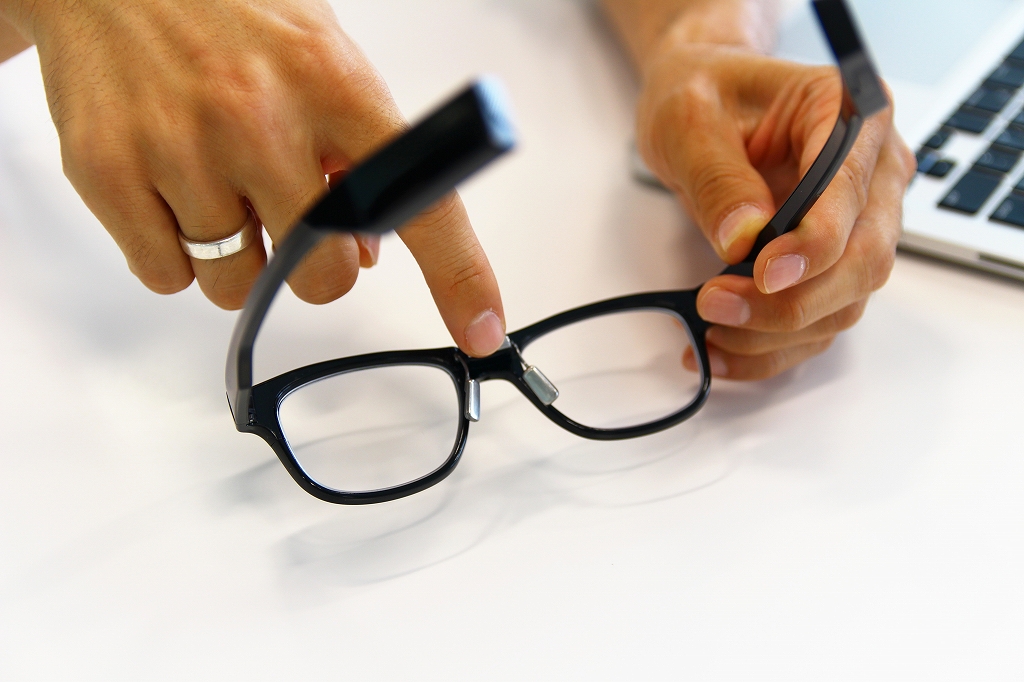 And there was a time when we were doing our research, thinking the idea might lead to something very exciting, apart from seeking what we could do with measuring eye movement. Then in 2012 on Sekietsu Highway, there was an accident caused by a bus driver who fell asleep at the wheel. Our CEO Tanaka who happened to be from Gunma Prefecture, was distressed himself by the news of accident that occurred close to his hometown.

The accident gave us an opportunity to consider if we could sense eye fatigue by tracking eye movement. We asked ourselves, “Can we prevent accidents like this by inventing eye glasses that detect eye fatigue? ”. We felt our new product that sensors people’s condition by measuring eye movement will expand the eyewear’s possibilities. And that is the basis of JINS MEME development.

– I see. So, that is how the invention got started. Has it been actually proved that you can detect eye fatigue by the movement of your eyes?

Yes, it has. It is just like the old proverb says, “ The eyes are as eloquent as the mouth.” Not only it can detect eye fatigue, but also can sensor changes of your physical condition, tiredness, stress and such.

As we studied eye movement, we gradually learned we could convert the result into numerical values and visualize it. We are almost to the point where we can provide the customers with the new technology that is the early detection of eye fatigue.

– Has the connection between eye movement and eye fatigue been studied in the past?

Yes, it has. Although there were already researches and articles about them, they were only mentioned as part of the experiment. What we intend to discover with the help by Kanou, Shibaura Institute of Technology, is if it is possible to precisely track eye movement in people’s daily lives and to detect their eye fatigue and the changes of their condition.

Besides that, we are in talks with auto-part manufacturer Denso to explore ways to improve driver’s safety. We are finally starting to see the progress after the series of our researches.

– Is JINS MEME capable of measuring eye movement under the bright sunlight, or even at night?

Yes, it is. Being able to precisely detect eye fatigue while driving was our first step and was our ultimate goal. In addition, we are currently studying on what we can discover by monitoring eye movement besides eye fatigue. We might be able to tell if the person is showing interests or being bored, for example while he/she is watching a movie or while at work.

– Would you like drivers to be the first user of all?

Certainly. JINS MEME is not only for those who drive long distances on daily basis, but also for dads who go on a weekend road trip with their families. I feel grateful if JINS MEME could support drivers and ensure their safety.

– How does JINS MEME alert the driver and how is the message conveyed?

If you install the application for JINS MEME on your smartphone, your glasses and your smartphone are constantly connected. Then your smartphone gives you feedbacks. For example, it alerts you with vocal messages and alarm sounds since you cannot look at the screen on your phone while driving. Bluetooth Low Energy connects your eyeglass and the smartphone. 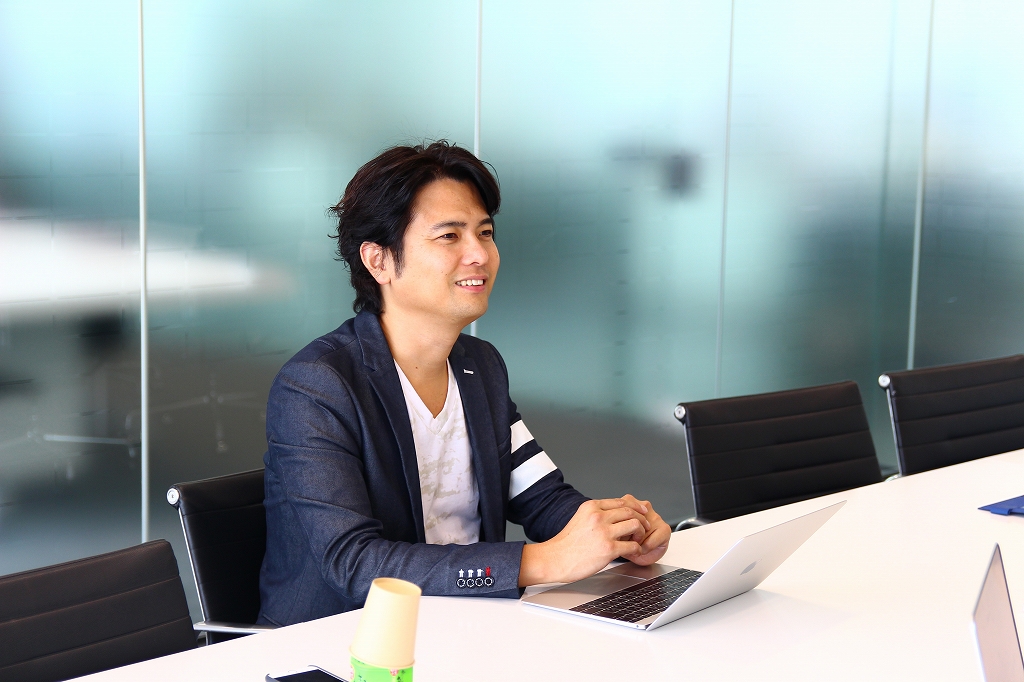 – You won’t get shocked from your glasses, will you?

– What were the hardships developing new product? How does it feel to invent something new?

We experienced hardships after hardships. Creating something from scratch is truly a challenge. There is no benchmark to go by. We have been trying to uncover the reason why some of the products in the market are not popular among people even though they have some excellent capabilities.

We also have discussion about the whole meaning of creating eyewear and what we can achieve with JINS MEME.

– Have you had any technical deadlocks?

Yes, we have experienced a lot of issues along the way. Our past few years have not been a smooth sailing at all. The biggest concern was how we could keep this wearable device look like regular prescription glasses.

On the first process of merchandising JINS MEME, we had eliminated the ideas to install cameras and projecting displays.

We had come to realize the number one issue with spreading existing wearable devises is that users are forced to wear such devises. Instead, we wanted to utilize something what users were already wearing or touching. The key was to figure out the ways to keep the devise appears natural like regular glasses.

They are the difficulties to overcome for existing wearable devises in the market for the further advancement in the field. Another challenge was to keep the electrodes small, thin, and delicate and to improve their sensitivity. In order to achieve those objectives, we went back and forth so many times testing different kinds of electrodes.

If they didn’t look good enough to wear, people will not stick with them once its trend is over. So, the ultimate goal once again is to keep the appearance of regular prescription glasses.

Yes, indeed. It is said customers will not even pick up the glasses even if they become 1mm thicker because the industry is very competitive. A lot of companies in this field are trying to perfect their products with their craftsmanship and designs.

As someone who is developing the product, I would like to use them myself and I would rather wear something look nice.

– Technically, the glasses are not tracking the eyes, correct?

No, they are not. When metal parts of the glasses touch your skin, they read eye movement and the slight electrical changes that occur on your skin. So, they are not actually measuring your eyes.

– How do they sensor the tiredness or eye fatigue?

There are a few steps in the process. As your eyes move, changes occur to something called electric potential on your skin. Though cameras work the best to detect eye movement directly, we rather use the three pieces of electrode to avoid having to manufacture glasses bigger than they need to be.

As you know, the skull is connected with the backbone and that is why we human can walk on two legs. It is like we have a heavy bowling ball on top of what it is called body axis. We can maintain the balance of our body when running even with that much weight because of our body axis.

In other words, when your body axis moves, your head moves. So, that being said, you can observe the movement of your body means keeping track of your head movement. And JINS MEME, a single device, is capable of doing both.

– Do you have any support system in mind once users find out their conditions?

Just knowing your condition with the devise does not complete the goal. Depends on the condition and situation the user is in, we hope to give suggestions and support the user through the devise. And eventually, we wish to help our users to improve their lifestyle.

– The impression that I have from our conversation today is that you truly are imagining the life of ordinary people with glasses in real life.

We feel wearable devises don’t mean anything if we cannot provide what the actual people in real life are looking for or if we are not able to answer to their needs. Wearable devises need to become people’s necessity.

– Thank you very much.

If you didn’t know Ichinohe is actually wearing a wearable devise with sensors studded, they look just like regular prescription glasses. Then, you may not consider it as such a hassle to replace your glasses.

There are many wearable products being released every week by various companies such as major manufactures or start-up companies. But among them all, I feel JINS MEME launched by JINS, the company that intend to get closed to consumers’ needs, may take a firm hold on people’s life style in the near future. 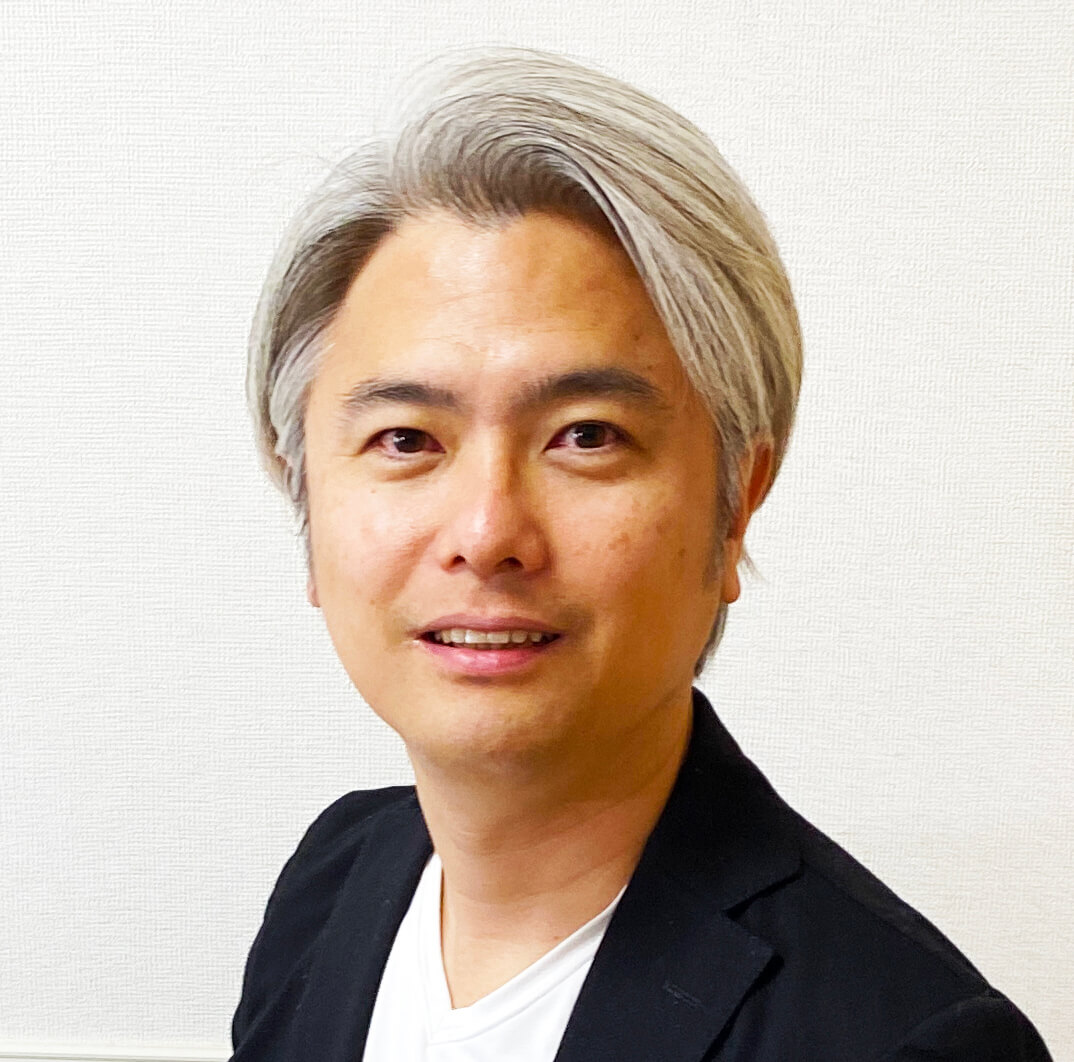